Remarkably quick for it’s length and with rounded chines carrying significant tumblehome, the Pack 12.6 offers a calming stability under any conditions. With a lower profile suited to small and medium sized users, the paddling station blends comfort and function using forward thinking design. Paddling motion is unrestricted by means of a moderate 11″ centre depth and the 28″ maximum width is tucked just aft of the seat, allowing the paddler to cruise freely and comfortably. There is a deceptively large amount of interior volume, allowing you to pack your necessities with room to spare for longer trips. With a modern bow shape providing seaworthiness and a recurved stem for ultra-modern sleekness, the Pack 12.6 is part of a new era in Pack Boat design.

I am a female paddler in my late 50’s. This boat has been life changing. The minimal weight means I am now a 100% independent paddler on days when I don’t have a partner for our Keewaydin 16. I can easily do it all – from loading and unloading on my SUV to launching and portaging. It handles like a dream on the water, is extremely comfortable, responsive and maneuverable. The low draw also opens up exploring in shallow waters. As an avid photographer I love the open hull (as opposed to a sit-in kayak) for quick access to my gear. My dog also loves the space. I have very comfortably spent 6-7 hour paddling days in my packboat. Best tip – convince a friend to buy one too! We meet up and call it being “independent together”! 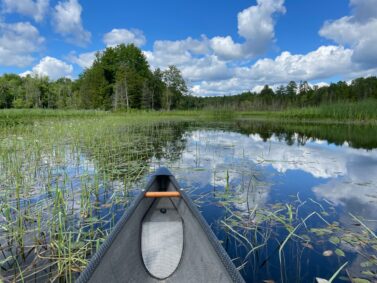 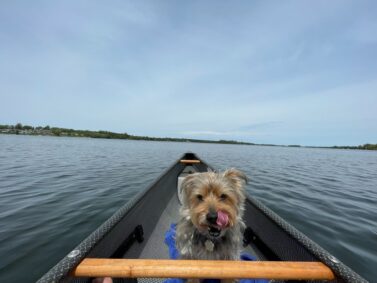 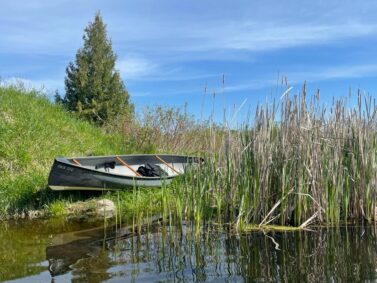 Amazing all around solo boat

Expedition kevlar with cherry trim, high back seat, and kayak foot braces. I’m 5’7″ and just under 170 lbs. The boat is approximately 26 pounds and it balances well during portages. As a female whose strength is all in my legs, lifting the boat took some getting used to, but once you have the technique down, there’s nothing to it.
I’m a novice paddler – 2019 was my first time in a canoe – but I have found the packboat to be very easy to get used to. I have found myself sideways twice but both times managed to correct myself before taking on any water. The stability is incredible. I’m able to take photographs of wildlife at long range (as long as the waves behave themselves) or answer the call of nature (on those really long river paddles).
I’ve paddled local lazy rivers (Root River and Rock River in Wisconsin) and rivers with class I and class II rapids (Brule River and Namekagon River in Wisconsin). I’ve had the packboat on small lakes for day trips and out in the Boundary Waters loaded with 45 pounds of gear for a 5 day trip. At the longest, I’ve spent about 7 hours seated in the boat but was not uncomfortable. The packboat travels much faster than previous kayaks/canoes I have used.
I prefer paddling with a double blade (with the lower seat) although I have used a single blade paddle with the boat.
The only issue I’ve had is wind. If I’m not properly weighted down, I have difficulty making progress against a headwind or staying straight in a side wind.
I don’t have a single regret purchasing the boat – except maybe that I waited until 2020 to do so. 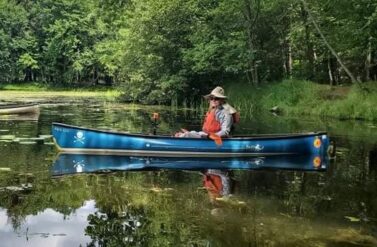 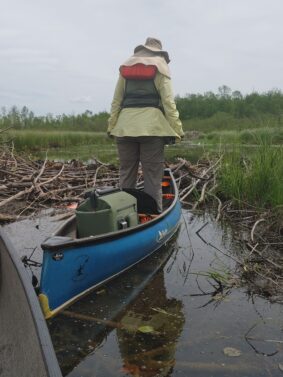